Get to know more about one of ILR’s seven new faculty members. 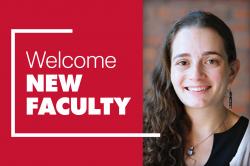 What is your research about?
My research interests include authoritarianism; state-labor relations, and contentious politics. At the most general level, I am interested in how citizens act collectively to make claims against the state under politically restrictive conditions. I am particularly interested in labor activism under authoritarian rule, especially in the Middle East. I am also interested in the role of trade unions in transitions from authoritarian rule and in the mobilization of the unemployed.

How did you become interested in your field?
I became interested in this field while studying authoritarianism and Egyptian politics in graduate school. At that time (before the 2011 uprising that toppled former President Mubarak), most of the academic scholarship on authoritarian regimes focused primarily on questions of regime survival and durability. This deepened, for understandable reasons, with the 2011 uprising. But, I discovered that focusing only on whether the regime rises or falls misses a lot of politics. I was surprised by the incredible amount of contestation that I observed empirically. In Egypt, workers were an integral part of this contestation, well before the 2011 uprising. This motivated me to explore workers’ mobilization and their attempts to establish and find independent avenues of representation. This also inspired an ongoing interest in contentious politics under authoritarian rule.

What impact do you hope your research will have?
I hope my research advances our understanding of political change in non-democratic regimes. I also hope it sheds light on the challenges and opportunities for workers’ activism under authoritarian rule.

What attracted you to the ILR School?
I was particularly attracted to the interdisciplinary nature of the ILR school. As a political scientist studying state-labor relations, I am very excited to have colleagues who share similar thematic interests, but approach them from different disciplinary perspectives.

What are you most excited for about your time at ILR?
I am looking forward to becoming part to an intellectually stimulating community of scholars and students who share my thematic interests, but bring diverse perspectives to exploring them.