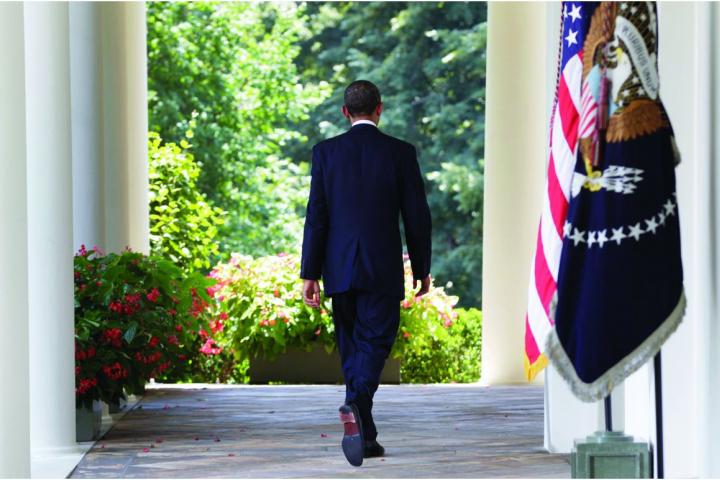 As the sun begins to set on President Barack Obama’s terms in office, ILR’s Labor and Employment Law Program hosted a conference entitled “The Legacy of the Obama NLRB,” focusing on its lasting impact and what might be expected for the Board during the next administration.

“President-elect Trump will have the opportunity to appoint a new chair and two new board members, bringing the board back up to full strength of five,” said Esta Bigler ’70, director of ILR’s Labor and Employment Law Program.

“These appointments will change the nature of the board, and many expect a rollback of some of the recent board decisions involving graduate students organizing, joint employers and employer handbook rules.”

The fall event, hosted by the Labor and Employment Law Program at ILR’s New York City Conference Center, was the first to include members of the labor board’s offices for Region 2 (New York City) and Region 29 (Brooklyn).

With plans for similar future engagements with these two offices, Linda Barrington, ILR’s associate dean for outreach and sponsored research, commented on the relationship between the two organizations.

“The ILR School and the NLRB have had a long history of collaboration,” she said. “Since the school’s founding and establishment in New York City, we’ve had NLRB lawyers in our classrooms, speaking at conferences and serving on advisory panels.”

According to Barrington, since the labor panel’s founding, tectonic shifts have taken place in the economy, the workforce and society that have demanded both the academic and legal areas keep pace.

“Both the NLRB and the ILR School have had to figure out how is it that we keep fulfilling our missions given such dramatic changes in the labor market,” she said.

“Today we are looking back in order to look forward and really consider where we are right now, and where this positions us going forward.”

At the event, National Labor Relations Board Chair Mark Pearce was joined by board members Philip Miscimarra, Lauren McFerran and Richard Griffin, who is also the board’s general counsel.

Labor law attorneys from both management and union sides  discussed the impact that the board has had on the U.S. workplace.

Bigler said of the forum, “we delved into the major changes the board has made in focus since President Obama’s election eight years ago.”

“Within each panel, we looked at where the workplace is now, and went into  the work being done to take what is an 80 year old statute, and making it relevant to today’s workplace.”

“The board today is looking at the new workplace through a new lens and grappling with the changing workforce and world of work, such as the transformation from a manufacturing-based to service-based economy, since the exception of the act,” she said.

According to Bigler, “Labor and employment law really does hit the everyday person, and how we treat our workers is such an important indicator into what sort of country we have; these are really important concepts that played out in the election.”

“We are seeing that the NLRB is trying hard to move into the 21st century, but no one knows what will come next.”

“Timing for this is so important given the changes in our economy, and the focus on jobs and interests of workers we had in this election , from immigrants to non-educated workers to those with degrees,” she said. “We knew that this election would be so important for the future direction of our country.”