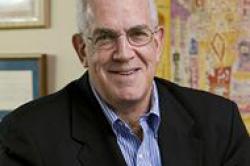 The designation recognizes scholars and practitioners who have made "contributions of unusual distinction" to the field of industrial and labor relations, and who have been in the field for more than 10 years.

Ehrenberg's work in labor relations and economics spans more than 40 years. He receives the award June 8 at the association's annual meeting in St. Louis, Mo.

In selecting Ehrenberg for the honor, the committee cited his work in the economics of education, the evaluation of government programs and the empirical analysis of compensation systems.

His ability to apply research in labor to higher education administration was also lauded by the committee. From 1995 to 1998, Ehrenberg served as Cornell’s vice president for Academic Programs, Planning and Budgeting.

He is Cornell's Irving M. Ives Professor of Industrial and Labor Relations and Economics, a Stephen H. Weiss Presidential Fellow at the university and a director of the Cornell Higher Education Research Institute.

Ehrenberg is an expert on college tuition and financial aid policies, higher education faculty compensation policies and faculty retirement policies. He is a trustee of the State University of New York and previously served as a Cornell trustee.

He is the coauthor of the leading college textbook on economics, "Modern Labor Economics: Theory and Public Policy," which he wrote with ILR Associate Dean for Academic Affairs Robert Smith.