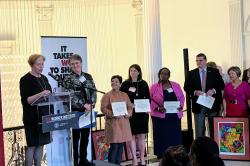 On Friday, May 10th, the NYS AFL-CIO Cornell Union Leadership Institute celebrated 18 years of labor and worker leadership development with a breakfast awards reception. The reception honored labor leaders who have led transformative efforts within their organizations to empower all workers to organize and tackle economic inequality in workplaces and society. To promote and celebrate NYC labor history, the event was hosted in partnership with the Museum of the City of NY, which opened a labor history exhibit on May 1st, 2019. The exhibit, titled City of Workers, City of Struggle: How Labor Movements Changed New York, commemorated the rich history of labor struggles in New York City. 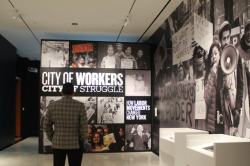 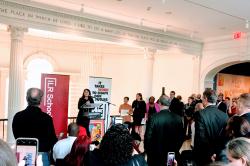 The Institute also honored Sally Alvarez, Ph.D., Former Director and Co-Founder of The Union Leadership Institute, Cornell ILR University with the Lifetime Achievement Award. Alvarez is a retired member of the faculty of the Worker Institute at Cornell/ILR. Born in Greensboro, North Carolina, Alvarez holds a B.A from Duke University, a master's degree in communication from Auburn University and a Ph.D. in American studies from Emory University. Her work as a labor educator focused on communication, media, leadership development, organizational change, and ethics.

“If you are doing it alone you aren’t doing it right, that’s a quote I heard from a New York State  United Teachers leader 20 years ago,” said Sally Alvarez during her lifetime achievement award speech. 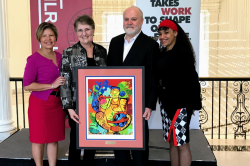