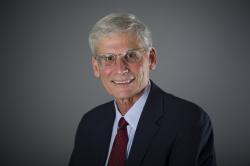 Professor Gary Fields, whose research, teaching and outreach revolves around the world's poorest people, has won the 2014 IZA Prize in Labor Economics. The world's top award in the field was announced today in Bonn, Germany.

The IZA Prize in Labor Economics is awarded annually for outstanding academic achievement is the field of labor economics. It is meant to stimulate research that tries to find answers to the important labor market policy questions of our time.

The Institute for the Study of Labor (IZA) is a private independent economic research institute in focused on global labor market analysis. The non-profit organization is based in Bonn and supported by the Deutsche Post Foundation.

Two members of the ILR faculty are IZA winners. ILR faculty member Francine Blau, Cornell's Frances Perkins Professor of Industrial and Labor Relations and Labor Economics, won in 2010. Alan Krueger '83, who won as a Princeton University professor, is another IZA winner with an ILR connection.

Fields' 2012 book "Working Hard, Working Poor" illustrates that global poverty is a problem of the quality of employment; and not, as widely believed, a matter of high unemployment rates, the institute said today in a statement announcing the prize.

Decades ago, Fields bucked the conventional approach in economic research, which had been to ask whether a specific type of distributional pattern promotes or hinders growth. "Fields turned this approach upside down and called on economists to analyze how the rate and type of growth helps or hinders distributional goals," institute leaders said in the statement.

At age 23, Fields embarked on a life-changing journey – his first outside of North America – that he balked at initially. He wasn't sure he wanted to abandon dissertation momentum when his adviser asked him to join a year-long research project in Kenya.

Fields credits his wife, Vivian, with seeing the value of the opportunity offered.

Off they went, to Africa.

Forty-five years later, Fields' global research in 40-plus countries has led to influence on World Bank lending programs in developing countries and impacts on national policy in countries such as South Korea, where he helped build – from scratch – a number of labor market programs.

His research has drawn him into the homes of some of the world's poorest people. Half of humanity, he said, lives on less than $2.50 per day.

"I feel so incredibly fortunate to live the way I do. At the same time, I feel enormous empathy for people who live with so little materially."

Fields arrived at Cornell 37 year ago from Yale, where he taught Mexico's future president and others who became world leaders.

Today, he teaches mostly graduate-level classes. At least one-third of his students have no background in economics when they begin the semester.

Frustrating for a world-class economist?

No, Fields says. "The basic rule I follow is, 'Teach people where they're starting and build on that.'"

"I actively work in three areas – teaching, research and the policy world. One area informs another, which is the great beauty of a research university," he said in an interview.

"When I discover something I didn't know and I put it out there and other people learn from it" – is euphoria, as is the facial expression of students that signals "I've gotten into their heads."

A student on "Rate My Professor," a popular website where collegians dish disdain and praise, wrote "This guy is: The Man. The best professor I've ever taken. A legend. An absolute genius when it comes to not only his field, but to teaching itself. The material is not easy, even totally foreign, and he makes it crystal clear."

Fields, known for his warmth toward all, credits his wife. "My wife is one of the kindest persons in this world. She makes me a better person." They met at 18, married at 20 and raised three children.

For fun, Fields plays folk guitar and sings "not well." He also works out in Cornell's Teagle Hall and enjoys the antics of Scruffy, a kitten the Fields are fostering.

Fields is slated to receive the prize on Jan. 4 at the Allied Social Science Associations' meeting in Boston and has been invited to lead a scientific event for the IZA-World Bank Employment and Development Conference scheduled for June 4-6 in Bonn.