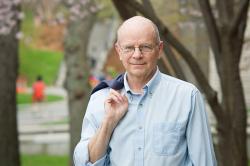 “The report highlights why labor law reform is needed, along the lines of the Promote the Right to Organize bill in Congress and in reform proposals put forward by many of the Democratic candidates for president,” Compa said.

“We hope the report will educate the public and enhance the climate for labor law reform. It will also be critically important to arm the U.S. and European labor movements to maintain labor standards in any trade agreements in U.S.-EU trade negotiations, or in U.S.-UK negotiations in a post-Brexit scenario.

Also, he said, “the report provides a foundation for the American and European labor movements to halt the introduction of Southern-style anti-unionism by American companies operating in Europe.”

According to Compa’s findings, many European companies that generally respect workers’ organizing and bargaining rights do not always live up to those standards in their southern U.S. operations.

“Two different scenarios may explain the contradiction between word and deed,” reads the report.

In the first scenario, some European companies may be hostile to trade unions and are taking advantage of U.S. labor law that gives management a free hand to launch aggressive anti-union campaigns. In the second scenario, the European companies’ top leaders may accept the role of trade unions and collective bargaining at home, but “they wash their hands and let American managers deal with workers’ organizing and the intricacies of U.S. labor law.”

Compa explains in the report that “making workforce development and high-road labor policies the rule, rather than the exception, can break the historical cycle of low wages, low labor standards, low social standards and other stains on the South.”

He also cautions European workers and trade unions that the South’s low wages, low taxes and low levels of union representation may appeal to Europe-based companies to invest more heavily in the U.S. and to also open the door for the South’s labor practices to take root in Europe.

“This report calls companies to account, and we hope to generate enough pressure from European stakeholders to make companies apply the same respectful labor relations policies in the South as they apply as home,” Compa said.