Adler being honored in West Virginia 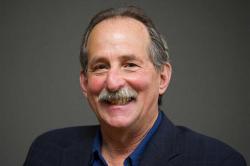 Adler, a labor, criminal law and civil rights lawyer who has been teaching at ILR since the early 1990s, will receive a Civil Rights Day Award.

Beginning in 1975, Adler worked in West Virginia for nearly 20 years. He represented coal miners and other working people, including Hassan Zavareei, an Iranian-American professor, in his fight to gain equal pay. The case established national origin discrimination in West Virginia.

Adler teaches about labor, employment law, the crisis in America’s public education and union leadership to undergraduates, as well as to firefighters and steelworkers who come to ILR for arbitration and other training.

His most recent class focuses on the roles of American institutions, especially the U.S. Supreme Court, in segregation of the nation’s public schools.

Adler said in an interview that the award “reminded me how it was the poor and working people of West Virginia who taught me how to be strong, taught me how to make difficult decisions and taught me the meaning of being a ‘people’s lawyer.’”

“Perhaps as importantly, they, through their courage, showed me how to be more complete as a person and the meaning of being a ‘spiritual fighter.’ Those wonderful folks are the ones who deserve the human rights award, and I will be their placeholder and never forget why I am only that.”