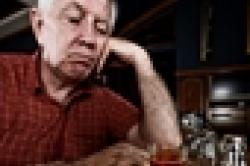 For a decade, Cornell researchers led by Professor Samuel Bacharach of ILR's Smithers Institute have followed more than 1,300 workers as they retire from the work force to identify how psychological, social and economic factors associated with retirement influence drinking behaviors.

The study is funded by the National Institute of Alcoholism and Alcohol Abuse.

Participants were recruited from a variety of occupations and industries. All were within six months of becoming eligible for retirement.

Study findings, so far, suggest that:

"These findings suggest that contextual differences are important to consider in theorizing about how individual-level factors may influence alcohol use and misuse and the boundary conditions constraining such relations," said Peter Bamberger, the institute's director of research. He has been with the study since its beginning.

Although alcohol misuse affects up to 17 percent of adults ages 60 and older, it remains a largely unrecognized health problem, he said.

Recent research suggests that more than half of all hospital admissions for the elderly are attributable to alcohol-related problems, said Bacharach, ILR's McKelvey-Grant Professor, and director of the ILR's school's Institute for Workplace Studies as well as its R. Brinkley Smithers Institute for Alcohol-Related Workplace Studies.

Scholars suggest that the number of American adults ages 50 and older with substance abuse problems is expected to more than double by 2020 to 4.4 million, he said.

However, Bacharach said, "Our understanding of the psycho-social factors contributing to this problem remains limited."

While all of the members of the original study group have been eligible to retire for nearly 10 years, only 65 percent have done so in the traditional sense, Bacharach said.

The others work full- or part-time jobs to supplement their retirement benefits, or are not prepared to leave the labor force -- for a variety of non-economic reasons, he said.

Project researchers, now collecting their seventh wave of data on the original group that started in the study 10 years ago, say some of the most interesting findings are only now beginning to emerge, as more of the sample retires and ages, Bacharach said.

Additional funding from the Society for Human Resource Management recently expanded the university's research to include a supplementary, national probability sample of 500 workers who became eligible to retire in 2009. Here, too, fewer than 10 percent of the sample members have retired, despite a year of eligibility for full retirement benefits such as pensions or Social Security).

According to Bacharach, the Smithers Institute dataset is "a national treasure." No other study tracks the emergence of alcohol problems among older adults as they age over time, he said.

More information about the institute is available at http://www.ilr.cornell.edu/smithers/.