Listen to interviews and conversations

Listen to Esta Bigler ’70, in a conversation with Cornell colleague Rob Scott, discuss her work with incarcerated men seeking jobs. 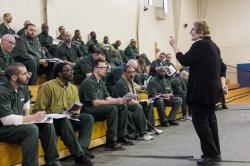 At Cayuga Correctional Facility this winter, Esta Biger ’70 shared the criminal records expertise she has been bringing to incarcerated men in New York City for several years.

At the session in Upstate New York, dozens of men preparing to exit the state prison system in the coming months learned how to clean their records of erroneous information. They also learned how to approach the challenges of getting a job after serving time. Mostly, they learned how to exercise their legal rights in order to rejoin the workforce.

Scott’s staff, already working in four prisons in the Finger Lakes Region, facilitated entre by Bigler into the Cayuga and Five Points prisons this winter.

The impact was immediate. Jesse Johnston, 32, who entered prison eight years ago on a weapons possession charge, said Bigler provided access to an information network previously unavailable at Cayuga Correctional. “I never realized how many people who are outside are there to help us.” 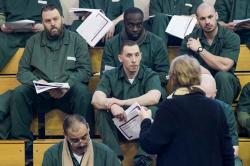 For the Record: Candid Conversations about Criminal Record Clearance

Esta Bigler speaks with Rashawn Davis, a policy analyst at The Council of State Governments (CSG) Justice Center, about why employment is an important component of reducing recidivism and increasing safety. This interview series, produced as part of the Clean Slate Clearinghouse, explores the varying perspectives on often overlooked and underexplored aspects of criminal records and what it means to clear them. 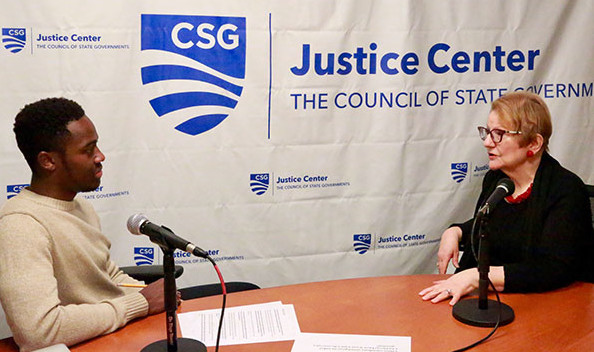