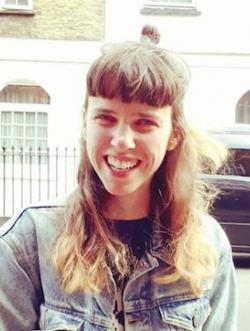 Neva Löw is a Ph.D. candidate at the University of Kassel in the Institute for Political Science. She holds a scholarship from the Hans Böckler Stiftung in Germany and is part of the Kassel based research group “Beyond Summer 15”. Her Ph.D., supervised by Prof. Sonja Buckel, explores the roles and positions of trade unions in Europe in the context of contemporary migratory movements. Debates within trade union structures and attempts to organize refugees and asylum seekers are part of her research interests. She was recently a research fellow at the KU Leuven IMMRC Research Centre (Interculturalism, Migration and Minorities Research Centre) in Belgium.

Before starting her Ph.D., Neva Löw obtained her first master’s degree in Political Science at the University of Vienna, Austria, and her second master’s degree in Labor Economics at the Global Labor University/ Universidade Estadual de Campinas (UNICAMP), Brazil. Furthermore, she has gained professional experience as a research assistant at the Austrian Society for European Politics and as a policy officer for the European Office of the Austrian Trade Union Federation.

During her time at ILR, Neva will process and analyze her first round of interviews and will work on the first chapter of her Ph.D. thesis. Additionally, she will work on her research, focusing on trade union strategies to organize precarious workers and labor struggles of refugees and asylum seekers.