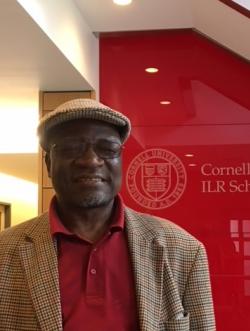 Prof. Lloyd Sachikonye received his Ph.D. in Political Science in 1989 from Leeds University and has been based at the University of Zimbabwe since 1990. He has taught and researched in labour studies with particular reference to labour unions and employment relations in developing countries.

Prof. Sachikonye has written extensively on the role of labour unions in development and in democratic politics in Southern Africa. His contributions include a three-volume series on Zimbabwean labour unions, and two books on broader employment relations in Africa. In addition, he has also carried out research on migration and the role of diaspora remittances in national development.

Currently exploring the impact of globalization on unions, new forms of work and organizing, and the growth of the informal economy, Prof. Sachikonye is co-authoring a study on the Zimbabwean working class and unions. The trends of contraction of union membership and exponential expansion of the informal sector have far reaching implications for the country’s political economy. These trends can also be detected in other countries in the Southern African region.

Prof. Sachikonye has previously authored papers on employment policy in Africa for both the International Labour Organization (ILO) and the African Union Commission (AUC). He also serves on the editorial boards of several journals including Africa Development, Review of African Political Economy, and the Global Labor Journal.