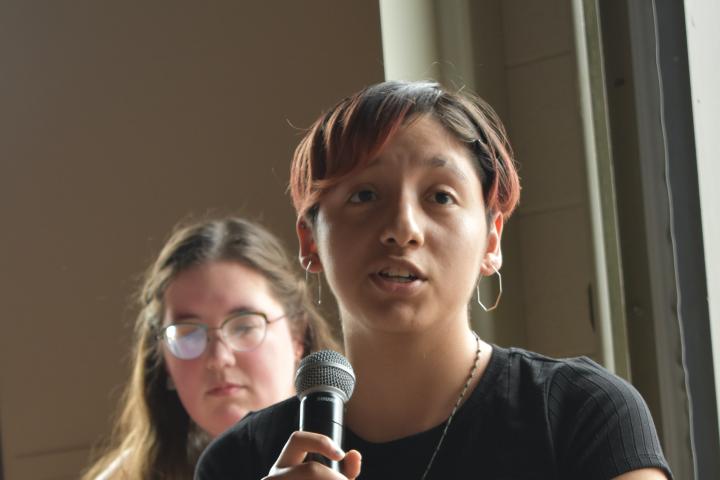 Just showing y’all the disgusting ideas against low-income Latinos seen as a social charge or problem and then putting us against each other to fight for jobs… and choosing the most easily exploitable as the ideal worker smh… y’all lucky I can’t find the racist farmer commenting on our shortness as Mexicans being another ideal characteristic to agriculture work since “we can reach closer to the ground”.
-Me

I was introduced to environmental racism thanks to TeenSHARP, the college preparatory program for Black and Latinx students that I was a part of during high school. Then, I started learning a bit more about it here and there. When I watched the documentary, Dolores, this year it became a bit more clear. According to the documentary, Dolores Huerta, Cesar Chavez, and the United Farm Workers connected environmental issues with people, and in particular, low-income people of color. The United Farm Workers (UFW) were marching, protesting, boycotting, etc. simply to get treated with dignity. Farm workers would work all day in the fields of California while it was really hot and not be granted a bathroom or water. There were also chemical issues that caused cancer and birth defects. Babies were born without limbs. Politicians would say that these conditions were just part of the job but Dolores didn’t budge. No human should have their health so vehemently violated for a job. It’s not surprising, though. I recognize that the US hasn’t always done a good job with their legal and social obligations to respect the human rights of workers. We see this through chattel slavery; the main reason the US became so successful as a capitalist country. Currently, politicians and industries continue to show their lack of care for Black and Brown people. They still disregard dangerous working conditions by stating that they are part of the job. This is most prevalent in jobs worked by people of color because they see us as disposable, replaceable, and transient.

The Western New York Council on Occupational Safety and Health participated in the movements that the UFW created to try to change these kinds of working conditions. In 1988, “WNYCOSH endorsed the UFW grape boycott and organized a local boycott coalition with labor, environmental, religious, university and community partners to ban the use of pesticides and to address hazardous exposures to workers, communities and consumers.” Unsurprisingly, there was pushback from the government and industries. People from WNYCOSH went to jail for trying to enact change. The consequences paid to get justice are ridiculous whether that be jail, death, etc. but the government and big companies in agriculture, or industries in general, get away with the most horrific things and it’s legal. Even when cops killed and injured farm workers when they protested for their rights, cops were not convicted. It’s obvious that the laws and systems around us weren't designed with morals in mind.

Not everything that is “legal” is right and not everything that is “illegal” is wrong. This is especially true when understanding the ways these companies and the government work together to inflict harmful positions upon undocumented people. The UFW faced road blocks in unionizing as more undocumented people were joining the fields. Risking arrest has much higher consequences for undocumented families and could lead to deportation. The immigration system was designed for this purpose; to take advantage of low-income people of color, especially Mexicans, and to scapegoat them so that they don’t stand up against issues like those relating to environmental racism.

That’s why the undocumented person is the ideal worker since they can be deportable and exploited easier. But companies are doing things “legally” so people think it’s fine and certain people love to talk about how “wrong” undocumented people are for doing things “illegally” (we shouldn’t be calling people ‘illegal’ no matter the scenario btw, just making a point). People have strategically confused legality with morality.

In general, to do better we must educate ourselves. In addition to the documentary Dolores, Juan Gonzalez’s book, Harvest of an Empire, is in need of more attention. As well as the movie, Walkout, about the 1968 East LA Student Walkouts and the free 6 part PBS documentary, Latino Americans.