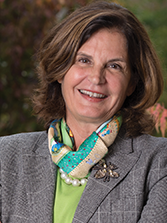 Livent Corporation is a lithium technology company based in Philadelphia, PA. The company has assets all over the world and works with customers that manufacture batteries, energy storage, pharmaceuticals, aerospace, polymers and many others. Kathleen has responsibility for global human resources working directly with the CEO and has been with the company since its IPO. She has negotiated major collective bargaining agreements in Argentina, brought top talent to key positions in the company and worked on the transformation of the business from a segment of a larger multinational to a successful stand-alone public, independent company.

Kathleen’s innovative and visionary work has earned her the proverbial seat at the table in Corporate America. She is a sought after speaker on the HR circuit, speaking on a host of topics including Women in Leadership, Next Generation HR, CEO Succession Planning, Labor Negotiations, Executive Compensation, and Diversity and Inclusion. She is known for her positions on immigration and pay equity. She is a mentor to many women and aspiring CHRO’s and served as one of the initial advisors to Reboot Career Accelerator, an organization in Silicon Valley that assists professional women who are re-entering the work force.

Kathleen serves as a member of the Dean’s ILR Advisory Council, a member of the President’s Council on Cornell Women, and as a Trustee of Hood College. She is the proud mother of Michael Derrick Asser, Lehigh University 2016 and David Weslock Asser, ILR Cornell University, 2013.

Kathleen earned her Juris Doctorate degree from the Pace University School of Law, a Masters from ILR, and a Bachelor of Arts in Psychology and Spanish from Hood College. 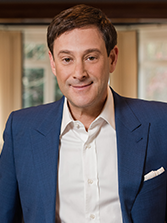 Barry Beck is the Co-Founder and Chief Operating Officer of Bluemercury, Inc., an iconic luxury beauty brand he founded in 1999. Today, Bluemercury is widely recognized as the nation’s largest and fastest growing luxury beauty products and retail spa chain with stores from coast to coast. Bluemercury’s exponential growth is guided by his leadership and passion for entrepreneurship, innovation and consumer brands. Beck leads the company's strategic growth initiatives and oversees all aspects of Bluemercury’s operations.

Barry Beck, with his wife Marla, developed the original store retail model after his acquisition and development of the first Bluemercury store in the Georgetown neighborhood of Washington, DC. In 1999, cosmetics could only be purchased at department stores or drugstores and most employees were part time workers with no true career path. Barry, a serial entrepreneur who had already started three businesses, saw an opportunity. While other companies at the time focused solely on their e-commerce sites, the Becks, who initially launched as an ecommerce only company, decided to invest heavily in physical stores along with a radical human resource strategy of putting their people first. After the dot.com bubble burst in 2001, Bluemercury’s stores combined and their teams of best-in-class beauty experts together became the source of the Company’s sustained competitive advantage. Later, the Becks were ultimately credited with coining the phrase “click and bricks” and the company now operates nearly 200 stores across the United States, and online at Bluemercury.com. In 2015, Bluemercury was acquired by Macy’s, Inc. [NYSE:M], this Fortune 100 Company’s first acquisition in more than a decade. With the Becks at the helm, the Company recently celebrated its 20th Anniversary at its New York City Flagship Store.

In 2006, Mr. Beck also Co-Founded M-61 Laboratories, makers of M-61 Powerful Skincare, the first highly technical, natural cosmeceutical skincare brand, with its best-selling product, PowerGlow Peel, selling one every 8 seconds. Barry Beck was named the 2017 Retailer of the Year by Total Retail Magazine and was the recipient of the 2016 Retail Innovator of the Year Award by Retail TouchPoints Magazine.

Judge William B. Groat (1899-1986) served as counsel to the New York State Joint Legislative Committee on Industrial and Labor Relations, where he played a pivotal role in founding the ILR School and drafting its charter.

The Groat Alumni Award was established in 1971 in honor of Judge Groat's vision and in tribute to his professional accomplishments, which culminated in appointment as justice of the New York State Supreme Court, Eleventh Judicial District.